Today’s tobacco line up is going to be Five Pawns. An award-winning e-liquid company that is considered one of the best in the world. I only reviewing 4 tobacco flavours as I’m trying to explain all tobacco line up in our company. The Five Pawns Tobacco series comes in 70VG/30PG and 50VG/50PG in Black Flag Risen original series all served with a 60ml bottle. It is made in the USA and has been approved by the FDA and PMTA which means quality has been guaranteed. Five Pawns gave us extra free e-liquid for testing and I am glad to able to use them for review. Once again thank you Five Pawns for the freebies. For the best testing, I used Digi Flavour Drop RDA and Coil Master Pre-built K Clapton Coil 0.4ohm for the best taste. So, is the tobacco’s flavour from Five Pawns worth getting? Let’s find out! 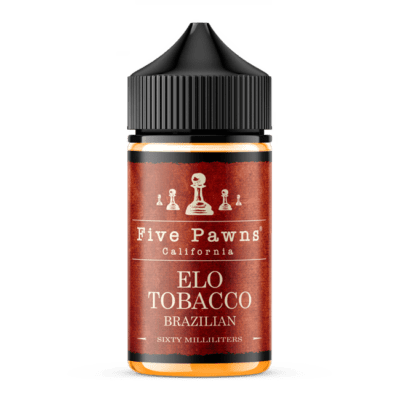 The Elo Tobacco was voted as the best tobacco flavour in 2019 and this is my first time to vape award-winning Brazillian tobacco. The smell when I opened the bottle was very light and sweet. Then on inhale, the tobacco is very smooth with the side taste of sweet citrus and nut flavour. The side taste was not that strong and I would like to say that the Elo Tobacco would more resemble plain tobacco flavour that comes from real tobacco leaves. 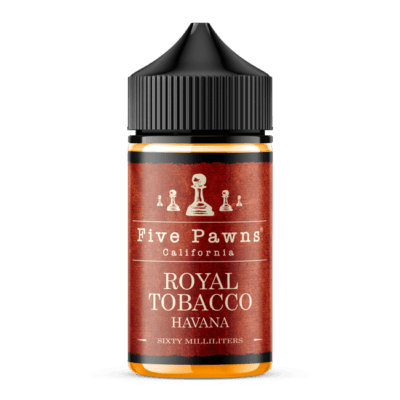 Made with Habano leaf, the aroma coming from the bottle was very strong. I get a rich and smooth inhale from the tobacco flavour. It is similar but better than any Cuban tobacco flavour I tried. It is spicy and mixed with fruity tropical fruit making it even better when tasting it. The tobacco and the side taste is very balanced and I would say Royal Tobacco match up for those who like mixed tobacco flavour with a noticeable side taste. 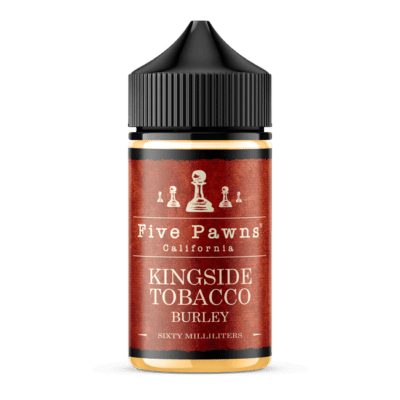 The Kingside Tobacco are made of barley, hops, berries, beer and a light, dry burley tobacco leaves. Weird combinations that doesn’t produce strong aroma from the bottle. On inhale, the taste of the tobacco is very earthy and smooth. On exhale, my taste bud detected the side taste of hops and barley which was tasty, added with that berries beer flavour which makes this e-liquid unique. This is a great choice of e-liquid for those who like a earthy taste of tobacco. 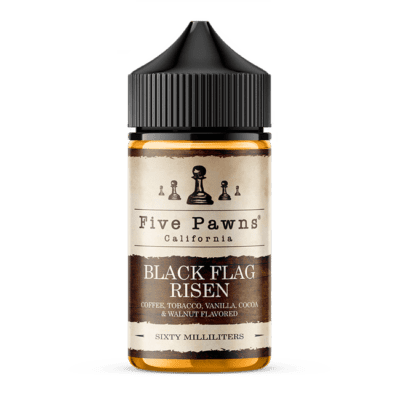 Even though Black Flag Risen is not part of the red tobacco series, I decided to review it because it has a Tobacco flavour. The Black Flag Risen combines Irish Coffee with a sweet Virginia tobacco and a side flavour of chocolate, walnut, truffle cream, vanilla, and mocha which resembles cappuccino. The aroma from the bottle is very strong like the smell a hot dark coffee and cigarettes in the morning. On inhale, the taste is very delicious and I can’t stop vaping it. I’m very honest and I would say the Black Flag Risen, is the best flavour I’ve ever had and would be a must vape flavour every morning!