The Geekvape Aegis Solo Kit is the mini version of the original Geekvape Aegis 100W kit. It features a Cerberus tank and a removable 18650 battery (Not included), whilst holding the same design like the first Aegis mod with leather-grip and front facing screen display. Despite its size, the Geekvape Aegis Solo is designed and built the same way to be waterproof, rustproof and shockproof, and it is no joke, you could literally chuck this device around and it’ll still be intact and operational. Its Geekvape AS Chipset allows the devices to fire up a maximum wattage of 100W and the full kit includes the Cerberus Sub Ohm Tank with 2 different coils. 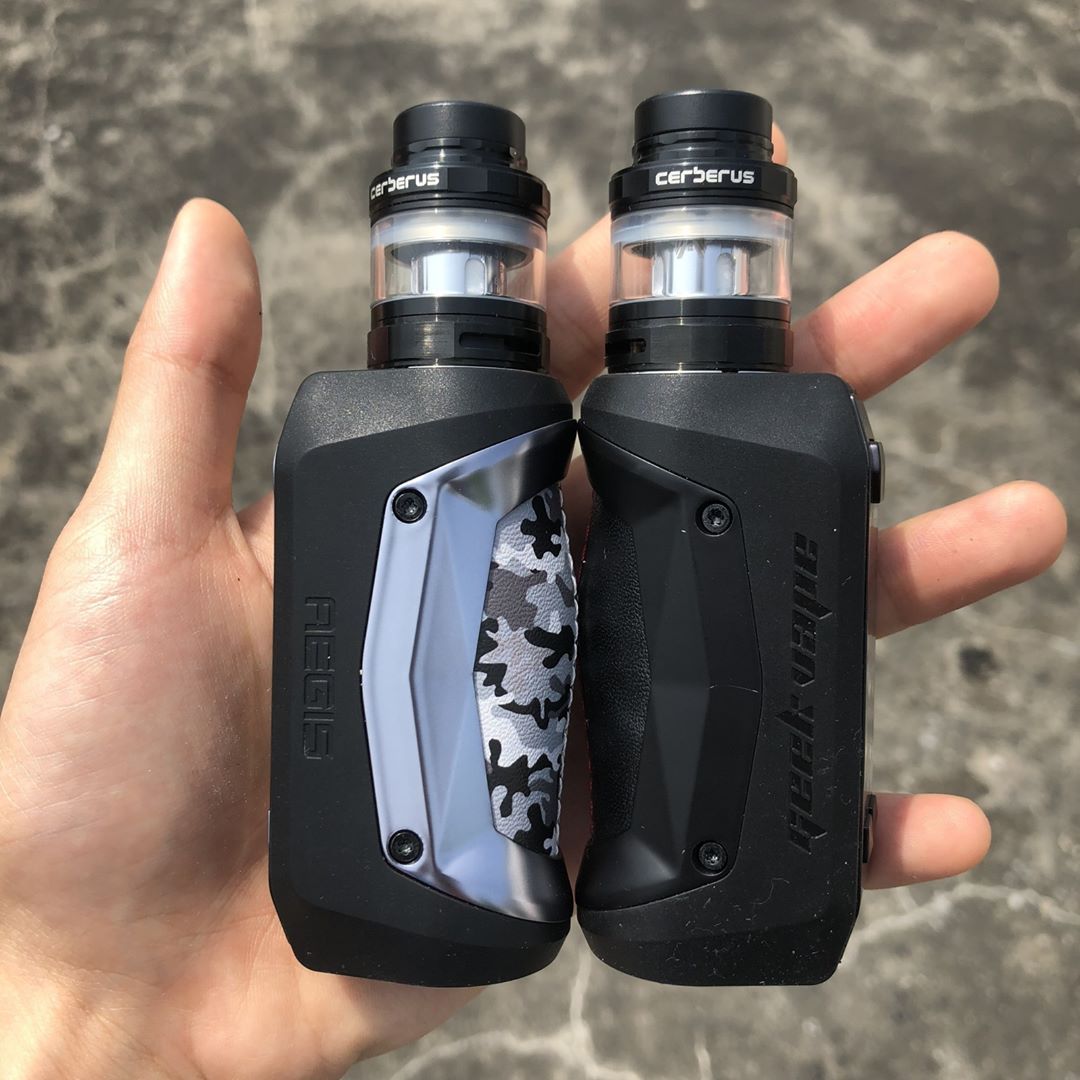 As I’ve said before, the Aegis Solo still holds the original leather-grip but thats not what I’m mostly focusing on, the fact that its so durable is what really impresses me, Ive seen first hand of how the aegis products performs under harsh conditions, be it dropped, thrown, dipped or run over by a car, its still working perfectly. It feels nice and protected even when trying to seal the battery in as it has an o-ring placed around the groove of the battery seal which is made for protecting the battery from water getting in. The front-facing screen display is actually minimal, doesn’t take up a lot of space and the controls shown are simplistic to the max, you’ll only notice the wattage, resistance, amp, and puffs. Easy peasy lemon squeezy.

One of the features I love about the Aegis Solo Kit is the tank that comes with it, personally, I favour the Cerberus over the Aero Mesh Tank from the Aegis Legend kit or the Zeus Sub Ohm Tank from the Aegis Max Kit because I find the Cerberus tank to be more consistent with flavouring and cloud. Though the Cerberus does come with 2 coils (X1 30-45W / X2 30-90W), I prefer the X2 running between 30-90W because the X1 has low wattage. The X1 literally lasted me about 3 days before completely wearing out but with the X2, you could use this bad boy for about 2 weeks and it holds 5.5ml.

The Geekvape Aegis Solo is integrated with an AS-100 chipset with a displaying showing the configurations of the mod. Screen measures 0.96 inches, and a decent hand-held size. Its flexible to switch between controls like using bypass mode, VPC or temperature control in the menu tab. Although the Aegis Solo uses a removable 18650 battery, depending on the battery and temperature but typically, if you’re running between 40-60W with an 18650 battery 3500mAh, you can expect to use it around 4-5 hours, and this is if you have 1 battery but with 2 you’ll be set. 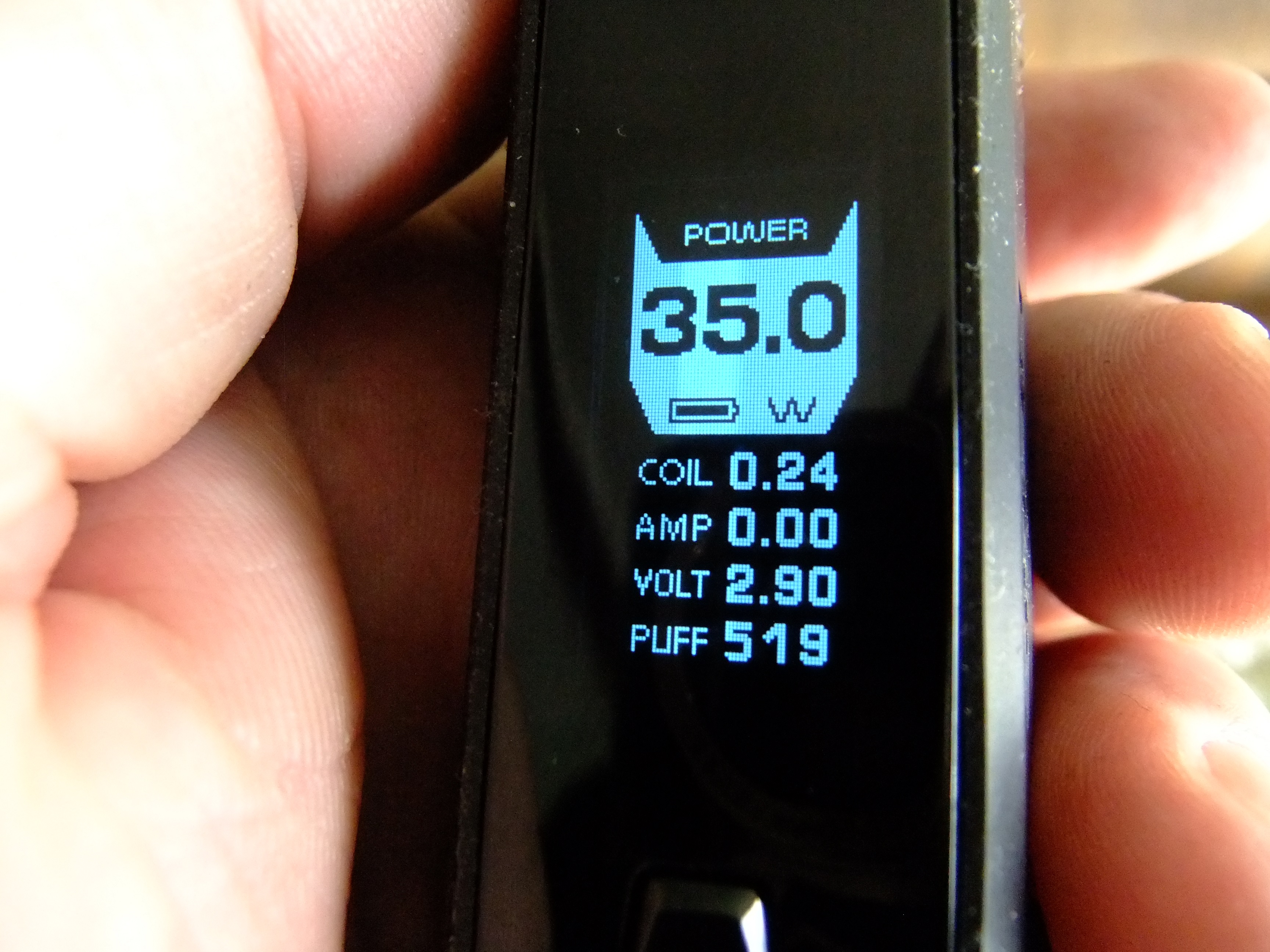 The response time on the Geekvape Aegis Solo Kit is very good, not a single delay in response as well as easy switch. Since the AS Chipset has VPC settings, I generally use this mode as its more consistent with the Cerberus tank as it produces better flavouring and decent amount of cloud. I don’t mind the fact that it uses a smaller battery capacity but I have 3 batteries and I only had to swap 1 battery out in a day. Running the X2 coils ranging from 30-90W on 50-60W is more than enough, you really don’t have to go more than that but if you’re using a battery lower than 3000mAh then its a different story. 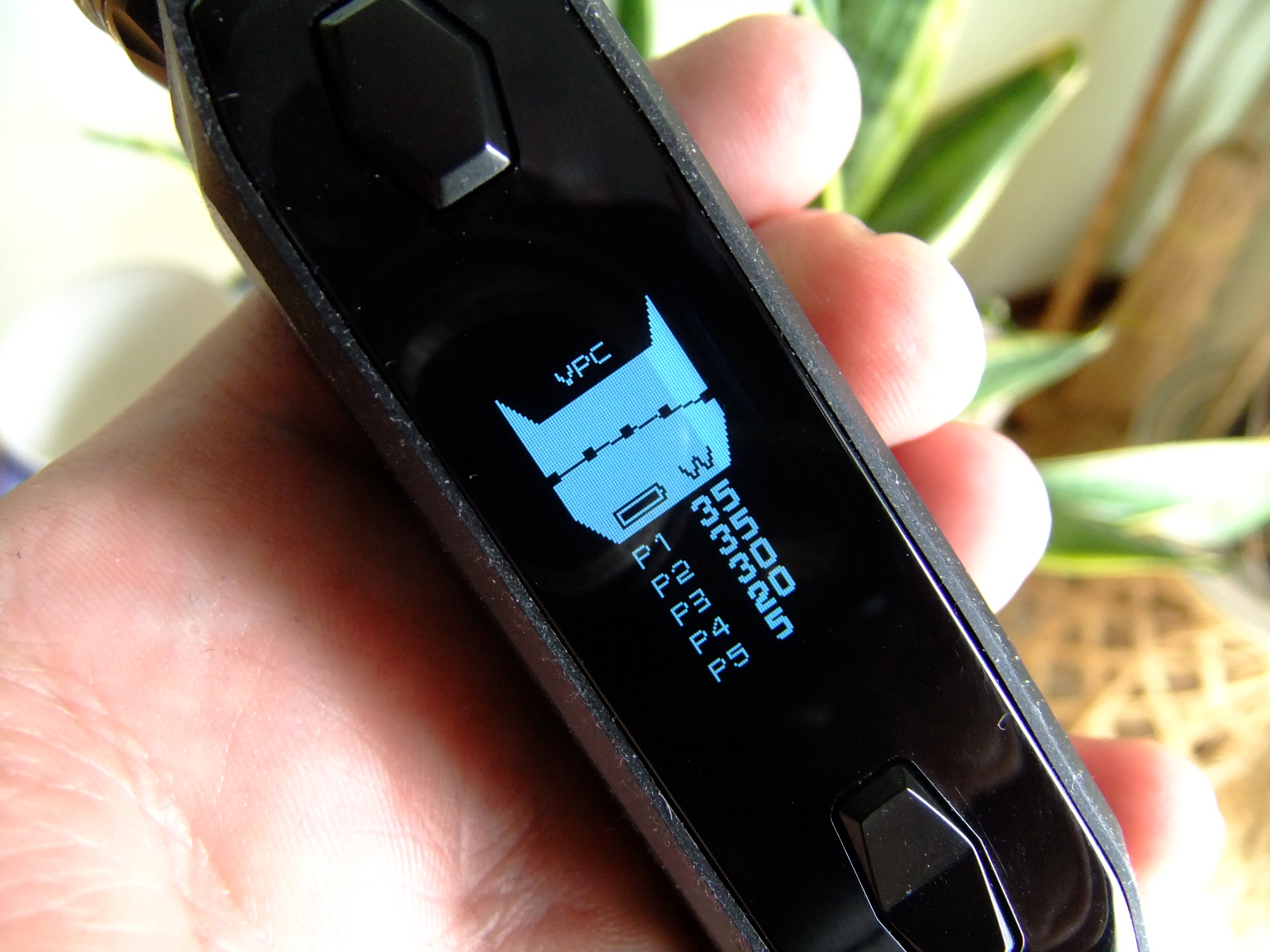 Honestly, the Geekvape Aegis Solo is made for both who are experienced in vaping as well as beginners because the performance and quality is so astounding because you could literally use it however you want whether is with temperature setting or VPC setting. It really doesn’t matter. I could literally use this as soon as I get home and still feel refreshed from that first puff. I have dropped my device countless times and yet the Geevape Aegis Solo still stands out brand new. Few scratches? No worries, just walk it off. It’s a little wet from the leak? No worries, just wipe it off. Want to have a puff? No worries, the Geekvape Aegis Solo got your back.